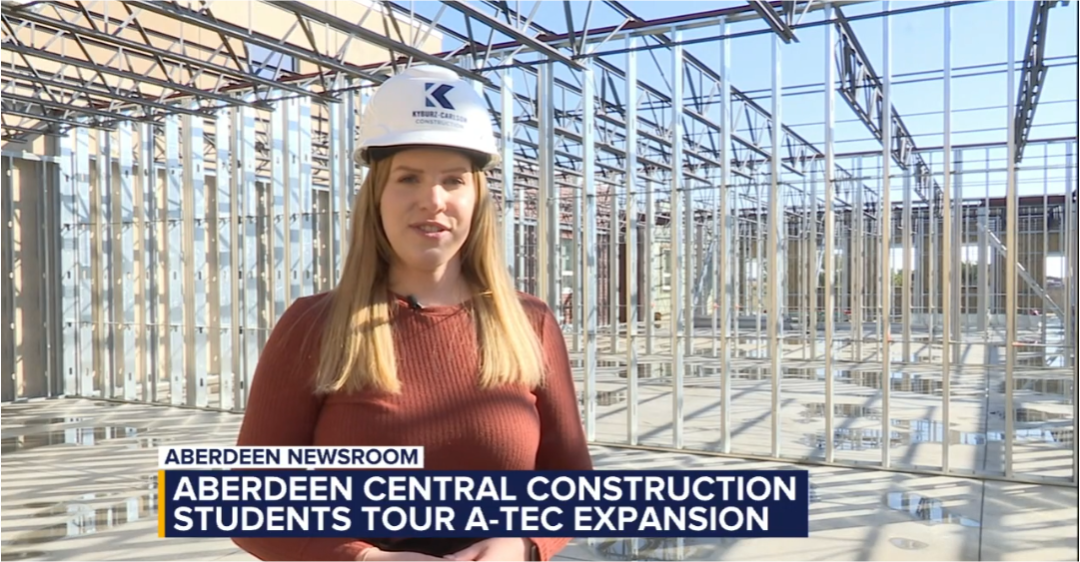 Students in the residential construction class got to take a tour of the project that is currently underway on Wednesday.

The expansion includes an 8,400 square foot addition that will provide a new computer lab, home economics kitchen, agriculture classroom and TV broadcasting studio. A 4,800 square foot greenhouse is being built separately on the east side of the expansion.

Kyburz-Carlson Construction project manager Brandon Pietz came up with the idea to share the commercial side of construction with the students. Pietz says most high school students only get exposed to residential construction.

Pietz says there’s currently a need for more employees in all areas of construction.

“It’s kind of a huge thing. Most people always thought a four-year college degree is what they want to go toward, but we really need people in construction. Even going to Lake Area or getting internships or summer jobs in construction, just getting introduced to that and just starting a career in the trades would be huge,” said Pietz.

”I definitely think in commercial, you get a little more variety, a little more than just, ‘Oh, we built a $1 million house and the next house is pretty much going to be the same.’ Here, I’m working with a greenhouse. I’ve never built a greenhouse before, so it’s kind of neat to see that happen and take place. You definitely get a little more wider variety of unique structures and buildings that come together,” said Pietz.

The students of the residential construction classes have spent their school year so far building cabins for the campgrounds at Wylie Park. Junior Cooper Eisenbeisz says the expansion of the A-TEC academy is much different than the work he’s doing.

”It was honestly pretty cool to see how different it is compared to actual residential. Residential is all wood and you don’t have any steel and it’s not really planned out or as in-depth,” said Eisenbeisz.

”It’s pretty crazy because I never really expected jobs this big to start from scratch, because I’ve already worked from projects that have been half done and stuff like that, but starting from scratch is something new. It’s really interesting to see how big the job is and how far out the time date is compared to what we’re doing. It’s really cool to see how there’s a lot of steel going on. I’ve never seen anything like it before. I’ve usually just worked with wood studs and stuff like that, so this is pretty interesting,” said Heiser.

Pietz says the construction of the four new classrooms should be done in May, and the greenhouse will be done by July, so both structures will be ready to use by the 2023-2024 school year. View the Story on KSFY.